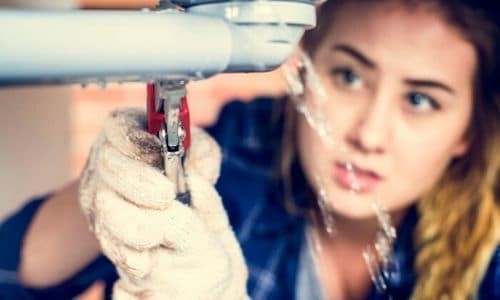 Detecting the Signs Before a Pipe Bursts

A pipe burst is a homeowner’s true nightmare. It’s shocking, and it leaves behind thousands of dollars of damage. The water can spray out of a burst pipe or start to leak behind cabinets, under the floorboards, and into adjacent rooms and lower levels of the house.

Therefore, when a pipe bursts, homeowners are not only paying to fix or replace that pipe, but they’re also paying for the additional expenses of damage. Whether that’s replacing the woodwork or buying paint to repaint the room, those expenses will just add on top of the new sheetrock and other pipe repair costs.

Unfortunately, this is the season that is most common for this plumbing disaster as one of the leading causes of burst pipes are frozen pipes. There are a few signs that a frozen pipe is about to burst, and every homeowner should know what they are in order to prevent a burst pipe. 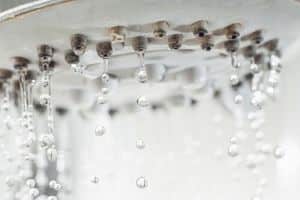 When someone turns on the kitchen faucet or the shower, they expect a certain level of water pressure to come out of the spout. If the water stream seems weak or uneven, there likely is a frozen pipe leading up to that faucet. Frozen pipes have ice blockages that cause an uneven flow of water.

This is one of the most common signs of a frozen pipe, so if a homeowner notices this, it should be fixed immediately. It’s helpful for professionals to know where the frozen pipe is, so take note of which faucets have an uneven water stream.

This uneven stream of water is not only bad because it could be a sign that the pipe is about to burst, but also because it is simply inconvenient. Many people have visited a hotel or another house where the water pressure was weak or uneven. It takes forever to get all that shampoo washed off. This is not something most people want to experience on a regular basis in their own homes, so it’s best to resolve the issue once and for all.

Frost Accumulates on the Outside of Pipes

When it’s in the right place, frost can look quite beautiful. For example, when it covers the branches of the trees outside and gives them a bit of a shimmer, it looks like a winter wonderland! But when it’s covering the plumbing pipes, it’s not such a great moment. It’s more like “Oh, man! That can’t be good!” And it’s true. When there’s frost on the outside of the pipes, there’s likely ice on the inside. 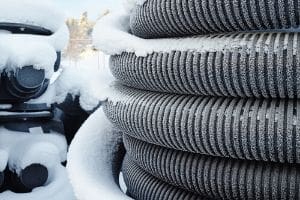 Some signs of frozen pipes are easier to notice than others. Frost is one of the easiest tell-tale signs to notice, but many people still miss it because they aren’t regularly looking for it. For any exposed pipes in the house, homeowners should check them every week or so. Just head down to the basement or do a quick lap around the outside of the house to look for any frost. It doesn’t take much time, and it can save thousands of dollars if it prevents a burst pipe.

Cold Water Still Running When Hot Water is Turned On 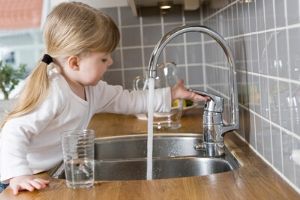 When someone turns on the hot water knob, it can take a few seconds for the warm water to reach the faucet. However, if the water never heats up, it’s a sign that the pipes are frozen.

Frozen pipes contain ice, so the water mixes with formed icicles causing cold water all of the time. This is also a big inconvenience because no one wants to end up experiencing an ice-cold shower when they’re wanting to get warmed up.

Having hot water when the hot water knob is on seems like a much better option, so it’s best to fix that frozen pipe as soon as possible.

Oliver’s Plumbing & Remodel is a full-service plumbing company based in Sun Prairie, WI. Since opening their doors in 2004, they have been committed to meeting the unique plumbing needs of residents throughout Dane County.