Imagine coming home and realizing that you suddenly have a large patch of water damage on your first-floor ceiling. You go upstairs to make check the source, but no water faucet is on and you can’t locate the source. You figure it must be one of the pipes, so you quickly call an insurance company to see if the damage is covered.

Suddenly, you’re bombarded with multiple questions regarding how long the pipe has been leaking, when you first noticed the damage, why the damage is so extensive. This was the reality for a friend of my family’s when he discovered that his bathroom piping was leaking after a recent renovation.

In a situation like this, it’s easy to feel overwhelmed, especially if it’s your first time dealing with a home insurance claim. In this article, we’ll look at how water damage can test the aptitude of your insurance, and discuss some ways that you can prevent this from happening to you.

Depend on Professional Leak Detection 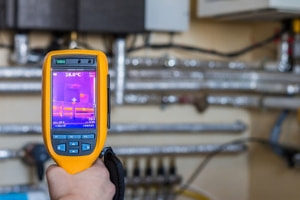 Ignoring a leak, no matter how small, can spell disaster for a homeowner. Even the smallest leaks can cause major structural damage if left unattended for too long.

If you suspect a leak detection – signs might include reduced water pressure or high water bills – then getting a professional plumbing team to conduct electronic leak detection is a must.

This service can help you avoid the water damage and the headache of dealing with the insurance company when it’s too late.

What Should You do in Case of a Broken Water Pipe? 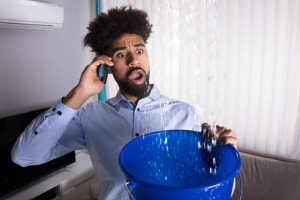 A broken water pipe is a major cause for concern; when this occurs, the chances of extensive damage happening in a short amount of time increases exponentially.

As soon as you notice a broken water pipe, the first step must be to turn off the water. This will prevent extensive damage and a major increase in your next water bill.

The next task would be to identify the location of the burst pipe; you can do this on your own or with the help of a plumbing team. Once located, the process to fix the burst pipe can begin. The final step is to determine the extent of the damage and, if necessary, call a drying team to dry the water damage.

Does Your Insurance Cover The Water Damage Cost? 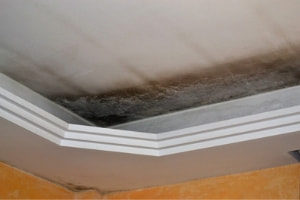 Just how good is your insurance? According to statistics, the most common home insurance claim is due to water damage.

While in most situations you can expect your insurance to take on most of the financial liability, there are certain situations where they might not.

Most insurances will cover water damage that is the result of a sudden incident, such as a burst water pipe. However, “gradual” water damage will typically not be covered.

Gradual damage refers to damage that has occurred over time and has simply been ignored by the homeowner. This can include everything from a long-term leaking pipe to rotting and corrosion. Any damage that can be seen getting worse over time will likely not be covered by your insurance.

The most common misconception is that a claimant feels the event happened suddenly, but it’s actually the result of something that has been building up. You can avoid this by having a team of plumbing experts conducts leak detection services at the first sign of a leak.

Even if you don’t think you need it, it is incredibly important to have homeowner’s insurance. This will allow you to deal with sudden accidents or unforeseen events. With insurance, you can get rid of some of the financial responsibility.

Also, as long as you’re a responsible homeowner who maintains their home, you won’t need to worry when disaster strikes. If you begin to even suspect a water leak in your home, give us a call!

We’ll get out there as quickly as possible and determine what, if any, leak you have. As we stated in the beginning, it can be difficult to deal with the insurance company, especially when it comes to gradual water damage. If you’ve ever had a hard time with your insurance company during a water damage claim, leave a comment below! We’d love to hear your story.